Celebrating 50 years on the Prairie 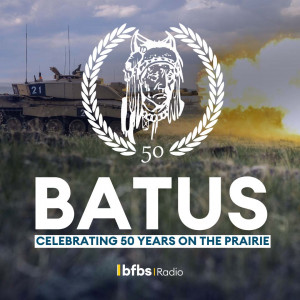 BATUS 50 is the story of the British Army's 50 years on the prairie told by those by those who exercised, lived, worked and played in Southern Alberta. Many of whom later made it their home.

In 1969, Colonel Gaddafi led a coup in Libya, took control of the country and proceeded, to close down British military installations located at El Adem and Tobruk.

This presented the UK with a problem. There were no areas large enough left to allow the British Army to undertake large-scale armoured warfare exercises.

In 1971 a 10-year lease was signed between the British and Canadian Governments that authorized battle group training to take place in the Suffield, a 2000 square mile area.

In January 1972, the British Army Training Unit Suffield was formally established. After months of preparation, the training area was created and ready in June and the first live rounds were fired by the 4th Royal Tank Regiment Battle Group in the July of 1972.