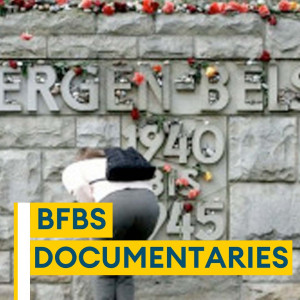 Listen to interesting stories from those that fought in conflicts around the world.

Misty McCready presents this unique documentary recalling the memories of young inmates at the Bergen-Belsen concentration camp during the Second World War.

The programme includes interviews with survivors of the camp, poignant archive audio, and first-hand accounts written in 1945.

This programme was made to mark the 70th anniversary of the camp’s liberation in 1945.

Produced by Dave Roberts and Misty McCready, ‘Children of Belsen’ won two trophies at the 2016 New York Festivals Radio Awards and was a winner at the 2015 AIBs (Association for International Broadcasting).

Faith in the Forces

The programme, presented by Tim Humphries, features Christian, Muslim and Buddhist chaplains and explores the pastoral and practical support they bring to service personnel, at home, overseas and on ops.

We also hear the views of secularists and Humanists, as well as those of soldiers, sailors and airmen, reflecting on what the concept of faith means to them.

Throughout, we’re asking, does faith matter?

Men and women who are lesbian, gay, bi-sexual and trans-gender talk about their experiences while serving in the UK armed forces. Some decided to keep their sexuality hidden, while others have come out. Some talk about how they were forced to give up the job they loved because they were found out.

This programme was originally broadcast in February 2019, for LGBTQ History Month.

Every year the RAF holds a remembrance service for the 20 thousand Commonwealth airmen and women who lost their lives in the Second World War and have no known grave.

Sadly, due to the COVID 19 emergency, the full service couldn’t happen in 2020. Instead, a ‘Virtual Service’ took place at the Air Forces Memorial at Runnymede in Surrey.

The service was led by Chief of the Air Staff, Air Chief Marshal Mike Wigston and conducted by Deputy Chaplain in Chief of the Royal Air Force, Group Captain the Reverend Dr Giles Legood

In 1944 the Allied Forces reinvaded mainland Europe. It was a hard fought but important victory in the fight to free the world from the threat of tyranny. But what happened next?

It took 11 months to get from D-Day to a final victory in Europe. In this original programme, BFBS counts down to VE Day on May 8th 1945.

Hear the story through original archive recordings of the events after the Normandy landings to the end of the war in Europe.

Written and produced by Andrew Wright.

Promoting positive stories about the achievements of former servicemen and women. Veterans do some pretty remarkable things in civilian life and here you can listen to just a few of them.

‘Life After Service’ is our campaign to tell some of the many fantastic stories of what ex-servicemen and women go on to achieve with their lives and careers after leaving the armed forces.

Media reports of veteran unemployment and mental health issues are only a very small part of a much more positive and bigger story—as you will discover in this podcast.

Berlin 30: Fall of the Wall

Jamie Gordon was a trainee presenter at BFBS Berlin in 1989.  This is his personal account of what happened on the night of the 9th of November when the Berlin Wall came down.

In this programme, made to commemorate the 30th anniversary of the event, Jamie returns to Berlin and speaks to former servicemen and BFBS colleagues who were stationed in the city at the time.

You’ll hear about what it was like for British Forces serving in this divided city and how servicemen and women bore witness to this incredible moment in history at the end of the Cold War.

You’ll also hear some recordings from our archive.  These were some of the first English speaking news reports from the city and as a result were in huge demand throughout the world.

Whether you were there or following the news from elsewhere, or are entirely new to this story, this special programme captures the atmosphere of a unique time in the 20th century.

Produced by Hal Stewart and Jamie Gordon, ‘Berlin 30: Fall of the Wall’ is a finalist at the New York Festivals Radio Awards 2020

From mud through blood to the green fields beyond

Jason Herbert explains how a special unit consisting of mechanics, technicians, plumbers and even circus trapeze artists were brought together to break the stalemate of the First World War.

What they did would revolutionise warfare for the modern age. They came up with the idea of the tank.

Hear about the development of the tank, the people who built and crewed it and the meticulous preparation that led to the Battle of Cambrai.

Listen to the story of D-Day as told by radio news broadcasts from the time.

Hear speeches from Prime Minister Winston Churchill, as well as other heads of state and key military leaders in this compelling and atmospheric programme.

Away From You: The Story of the Afghan Interpreters

More than 3000 Afghans worked as interpreters alongside British troops during the conflict in Afghanistan.

They played an important role helping soldiers overcome language barriers, providing local knowledge and advising the military on cultural affairs. Some were invited to live in the UK but others faced the challenge of the then Home Secretary's hostile environment policy.

Hear the interpreters’ stories in their own words as well as the experiences of the military officers who worked with them and became their friends.

What does the Battle of Waterloo mean to you?

Mikaela Roche asks today’s servicemen and women why the British Army’s famous 1815 victory is still important to them in the 21st century.

This vibrant documentary commemorates the bicentenary of the battle. From the off, you’ll be catapulted into a battlefield soundscape at the 2015 re-enactments in Belgium.

Mikaela enlists a historian to relay the events of 18 June 1815, while the words of serving soldiers, whose regimental forebears fought there, weave through the narrativ

Inside The Glasshouse: Shattering the myths

The MCTC provides training for those servicemen and women sentenced to a period of detention.

Much myth, rumour and speculation exist about the centre and what happens within its confines. BFBS presenter Liz Mullen was allowed inside to record this programme.

“We are told that the MCTC is not a prison, but if not, what is it?” asks Liz.

“Many of us have fixed ideas about what life is like behind the wire. But having the chance meet staff and offenders was a real eye-opener. I think people will be in for a few surprises.”

Liz explores the differences between ‘A Company’, for those due to return to service, and ‘D Company’, for offenders facing discharge and life on Civvy Street, and discovers how soldiers, sailors and airmen are retrained and prepared for life after release.

In this special programme, we follow key moments in Ann Addis' relentless search for her son and listen to previously un-broadcast tapes offering us a look into a mother’s search for the truth.

Coming Home: Chris Thrall tells the story of a Royal Marine turned to the Triads and Crystal Meth. The programme presents a frank yet funny look into addiction, how we treat our veterans and human resilience. (audioboom, itunes)

In this special program, Chris Pearson looks at Dame Vera's first professional performance at the age of seven to performing for British Troops in the steamy jungles of Burma.

Bovington: The Home Of The Tank

Amy Casey meets Lt Col (Retd) Stewart Berman, formerly from Queen's Dragon Guards and now the Garrison Staff Officer at Bovington Camp. He took Amy on a tour around the camp, a British Army military base in Dorset. If you like tanks, this is the place to be..

Ask anyone who has served alongside the Gurkhas to sum up the skills and qualities these proud Nepalese soldiers bring to the British Army and you will be told of their loyalty, bravery and cheerfulness.

Jill Misson traces the history of the Brigade and looks at the events celebrating 200 years of service to the Crown.

With their distinctive badge, the red-over-white hackle, The Royal Regiment Of Fusiliers celebrates its 50th anniversary this year. (from Radio Player)

Recorded at the Royal Hospital Chelsea.

Cassidy Little is now an actor and presenter and has appeared in Coronation Street and Midsomer Murders. He also danced his way to winning ‘The People’s Strictly for Comic Relief.

Before that he served as a medic in the Royal Marines, losing a leg in an explosion in Afghanistan.

Hear about Cassidy’s life as a Royal Marine on the front line, his time at Headley Court rehabilitation centre and get a glimpse of the sacrifices made by those who serve.

During Op Herrick 17, Richard Hutchinson was given unprecedented access to medics serving in Afghanistan. Here he follows the route of those injured in battle from the point of injury, through the trauma room at Camp Bastion and back to the Queen Elizabeth Hospital in Birmingham.

This programme was Highly Commended at the 2014 AIB Awards (Association for International Broadcasting).

Stammering In The Military - The Unspeakable Truth

One in every hundred adults has a stammer. We find out how they cope if they're serving members of the forces.

Amy Matthews finds out how the Defence Stammering Network has helped members of the forces who have a stammer.

Gini Carlin talks to serving sailors about Admiral Lord Nelson’s victory. You’ll hear from a Warfare Officer, a Submariner, a Master at Arms (police), Nursing Officer and the Commanding Officer of the Royal Navy Gibraltar Squadron, who all take themselves back to 1805 to consider what their role in that battle might have been.

It’s an emotional listen that shows the loyalty, pride and sense of service that courses through the veins of Royal Navy sailors.