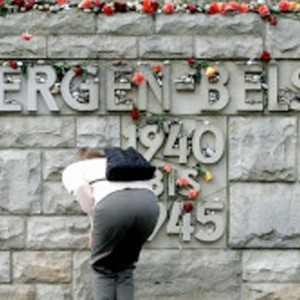 Misty McCready presents this unique documentary recalling the memories of young inmates at the Bergen-Belsen concentration camp during the Second World War.

The programme includes interviews with survivors of the camp, poignant archive audio, and first-hand accounts written in 1945.

This programme was made to mark the 70th anniversary of the camp’s liberation in 1945.

Produced by Dave Roberts and Misty McCready, ‘Children of Belsen’ won two trophies at the 2016 New York Festivals Radio Awards and was a winner at the 2015 AIBs (Association for International Broadcasting).