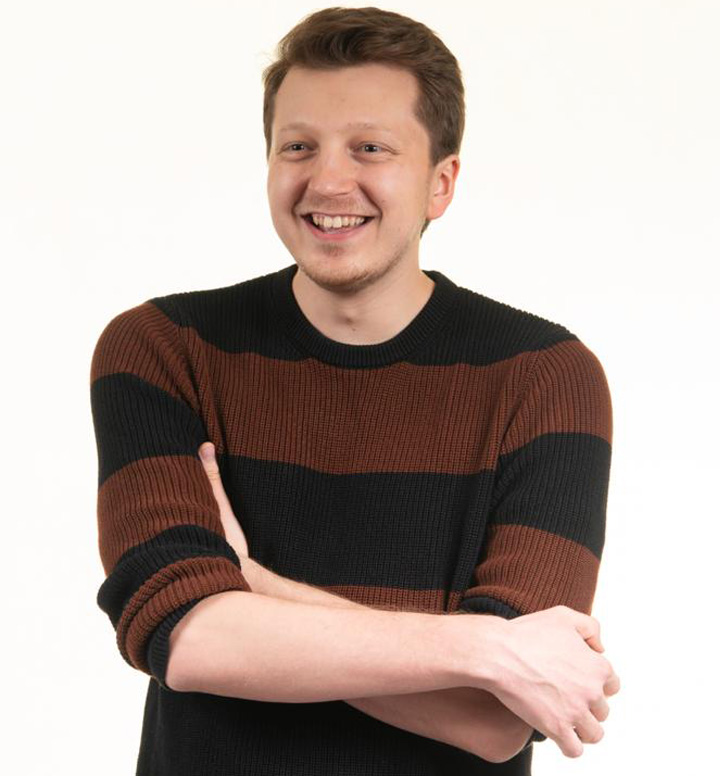 Adam is a seasoned presenter, working for the likes of BBC Radio 1, BBC Radio Oxford, JACKfm, Nation Radio and was recently at the helm of a national Drive Time show across the JACK Media Network.

His journey began at Warwick University’s Student Radio. Inspired by another lanky bloke from Bristol, Stephen Merchant, who graced the very same station decades earlier, Adam let his creativity burst while on air there. His efforts were recognised at the 2018 Student Radio Awards, winning Gold for Best Male Presenter; the very same award won by Radio 1’s Greg James, years before.

Adam is a massive (vegetarian) foodie, loves a good noughties indie album and is most at home at a music festival.