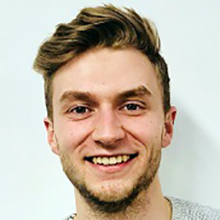 Ben has been radio presenting since he was sixteen, starting off on his local hospital and community stations.

Ben joined Nerve Student Radio at Bournemouth University and presented the SRA chart show, specialist music shows and drive time – this led to him picking up two nominations and a bronze award at the Student Radio Awards. Ben also spent time freelancing as an assistant producer at Virgin Radio and BBC Radio Solent whilst producing his own podcast on the side.

Ben loves playing guitar, songwriting and stays up far too late watching UFC. Make sure you catch his podcast ‘The Ben Coley Podcast’.